← What Katy Did, last year…
Disability in the media →

In this multi-platform age, we’re becoming less defined by titles. I specialise in ‘broadcast journalism’ yet the job description is becoming much wider, as the industry adapts to the world we live in.

When I left my job in commercial radio it was advertised again as a post for a “multimedia journalist”. Also, due to a recent change in terms and conditions, my role at the Beeb is now simply called “journalist”.

The job is arguably more varied than ever. My role may now mainly be a producer but I’m also a news reader and reporter. There’s maintaining the online presence too, particularly social media.

Variety is the spice of life but what is the lifeblood of a journalist? Writing is everything.

When I enrolled to study journalism, I was told I’d be taught how to write. “Well, I already know that”, I naively assumed. I already had a degree in English, dabbled in fiction writing and was even maintaining this blog. I was wrong.

You don’t need to be a modern day Shakespeare in order to succeed but there are a few habits to unlearn. Most academic writing is too mellifluous for journalistic purposes, with sentences that have enough subordinate clauses to lead you down the garden path and back again, a bit like this one, if you get my drift. Imagine how difficult it’d be to read that last sentence aloud?

Here’s my 10 top tips for writing for radio:

Get to the point as quickly as possible.

You’re writing to be heard not read, so write sentences as you would say them.

Read aloud to get the hang of it.

Use contractions. In everyday speech you probably wouldn’t say ‘could not’ instead of ‘couldn’t’, so write that way.

This extends to punctuation. Normal rules about grammar don’t apply because the commas, full stops and hyphens in your literary toolbox help give sense. Many times you’ll place these in a sentence to indicate a pause, allow for breath, or effect.

Keep vocabulary simple. Use words you’d actually say. Many times I’ve changed a word in a perfectly good script because it’s not a term I’d normally use.

Pay attention to the station style. Commercial radio news is very different to BBC. If you’re on work experience make the effort to listen to the output. This sounds obvious but you’d be amazed how many don’t.

Be creative. A blank script is a bank canvas and just because this list is a general rule of thumb it doesn’t mean you can’t put your own stamp on things.

Have fun! Your enthusiasm will shine out of the speakers.

Writing can make a difference between a great, good or mediocre piece. Think about social media; a well written, snappy tweet is more likely to go viral than one that’s wordy and all over the place.

The more chatty the better. The art of writing for radio is making it sound like you’re not actually reading. It’s a craft that takes skill. Skill develops through practise. Even over the archives of this blog, you can hopefully see how my writing has improved with time and experience. 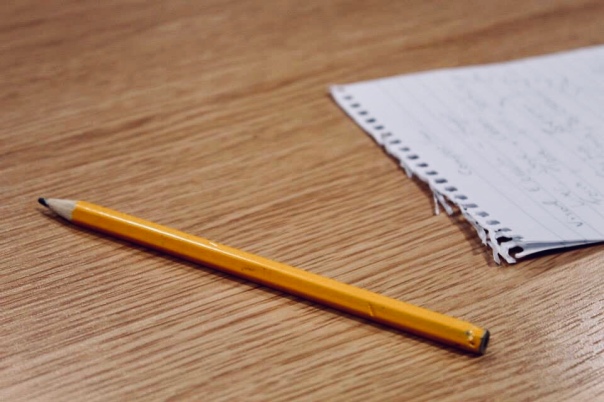 ← What Katy Did, last year…
Disability in the media →