What’s in a name?

It’s not every day you get mistaken for a glamour model, is it? Well, this happens quite often to me. Not due to the way I look, but because I share the same name as a page 3 model.

Dave Gorman made a TV programme called Who is Dave Gorman? where he travelled across the world to find people who shared the same name as him. I like the idea of that and social media makes it easy to find out who our namesakes are. I often get mistaken identity messages meant for other people with a similar name to me. From American footballers to former X Factor contestants or people thinking I’m related to the founder of the Salvation Army, the list of Katy Booths around the world couldn’t be more varied.

Katy (with a ‘y’) is what’s on my birth certificate but this was really a spelling mistake. My parents intended to call me Katie (with an ‘ie’) but during the chaos of giving birth three months too early the midwife didn’t check the spelling when writing my name on a wrist-tag, so spelt it the American way. Mum and dad saw this as fate and it’s stuck ever since.

Radio is probably the only industry where you say your name many times an hour. (I imagine that would get very annoying outside of a studio!) Mine is good for that because it’s quite short and snappy, although other spellings can be assumed by listeners too easily. I’m not suggesting you should do this, but if you type ‘Kate Booth’ into Google image search then you come across lots of images of a scantily dressed women who has appeared on the pages of lads’ mags.

Sorry to disappoint you – but that isn’t me! I know most people in broadcasting have second jobs to make a living but mine comes from being an English tutor, rather than a model.  We look quite similar actually… from the neck upwards.

It got me thinking; could a mistaken identity like that have an impact on my journalism career, especially now employers use the internet to check the background of potential employees? Who knows, it might even help my career progression, but that would be for the wrong reasons. I would hope newsrooms have moved on since those of the 70s, as depicted in the film Anchorman. Gender equality in broadcasting is my ambition for the industry and why I’ve been part of the Sound Women movement since they launched at last year’s Radio Festival.

Ironically, image is becoming increasingly important in radio. I love listening to people on the wireless then searching for their profiles on station websites. Most don’t look like how I imagine them! There are not many pictures of me on the web. This is partly because I have the perfect face for radio but also because I wanted my voice to be the focal point of the work that I do. I realise it would be fickle to think like this with such a multi-platform media that we have available to us now. The ‘brand’ we project of ourselves across these platforms from the articles I write, to my image and the sound of my voice – it’s all important. If I become successful maybe the other Katy Booths out there will get messages from people thinking they’re me?

Just in case you’re not entirely sure which Katy Booth I am yet, here’s a ‘behind the scenes’ video of me presenting one of my radio shows…

The tools of a reporter are in our pockets most of the time – whether we realise it or not. No journalism training required; all that’s needed is an eye for a story and a mobile phone. In this digital age stories can be reported, recorded and uploaded to the web within a matter of seconds. The consequence is that amateur footage can look raw and wayward compared to that of a professional journalist – but maybe this fresh way of consuming news is what gives it the appeal. 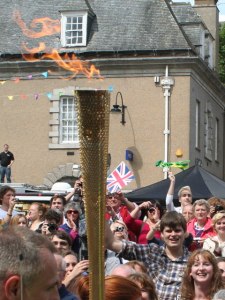 Closer to home citizen journalism can be a tool used to tell the stories of the disadvantaged or those who feel ignored by other forms of media outlets. A large enough majority of people in Scotland felt cut off by the London 2012 Olympic and Paralympic games and they wanted to do something about it.

The Citizen Relay website tracked the torch’s journey across Scotland. Paul Bradshaw used his skills in data journalism to get the stories of the torch bearers heard. Using a data scraper he was able to obtain details of around 6,000 torch bearers and patterns began to emerge indicating that something wasn’t right. Looking meticulously at data in this way showed that six torch bearers shared the same ‘inspirational’ story. The data could then be tracked and it became apparent that, other than celebrities and sports people, a lot of the torch bearers were connected to corporate sponsors. More anomalies were uncovered once Paul used data verification to find out who was who.

Being at the heart of the news provides an excellent opportunity for wider public awareness but the very nature of this form of journalism is unregulated so it has the possibly to contain a reporter’s subjective view. I’m not sure this matters though, as long as the audience is clear where the citizen journalists’ work has come from or the motives behind it. This is especially true if this type of news is consumed alongside ‘traditional media’ – otherwise it’s propaganda. Key journalistic skills of accuracy and clarity apply for this type of media to be considered trustworthy by those who consume it.

Citizen journalism can  create a voice for communities who would find it hard to attract the attention of the media, by creating their own outlets. Community radio is thriving with radio stations sharing the airwaves alongside BBC and commercial stations. Radio Regen, based in Manchester, is a community media association that offers training and education to give people their first foothold in radio. Also, The Institute of Community Reporters has been set up by People’s Voice Media, who are based in Salford. They offer their own multi-platform tailored training and web space for their reporters to see their work published by opening the channels of communication through social media.

A range of choices which embrace technological environments adds even more colour to our media landscape. The rise of citizen journalism  means that the voice of the people is louder than ever before.

This article first appeared on the UK Journalism Review website.

Back to school and into virtual reality 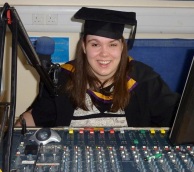 “Never again!!” I screamed as I threw my cap up in the air when I graduated with my bachelors degree in 2010. I loved the university experience – it was where I got my first taste of radio. Although, having studied an academic subject, I found it difficult to relate the theories I was learning to real life situations. Never say never though; after all, my high school motto was “Learning for Life”. I’ve found that to be true, especially now I’m a student again, this time studying for a masters degree.

After graduating first time around I worked for two years in the media industry. It was a big decision for me to go back to studying again; revising and completing assignments. I’ve took to it like a duck to water though – literally, considering all the rain we’ve had in North-West recently! I’m now at the University of Central Lancashire (UCLan) training to become a broadcast journalist. What’s great about the course is that it’s practical, so we learn by doing the work ourselves… Have camera and radio OB kit will travel!

Digital journalism is a key area that’s being used prevalently by news outlets. It’s not completely new to me; I’ve been using social media to enhance the content of my radio shows for years. I’ll always try out interesting new platforms but the three I use frequently are probably the most common: Facebook, Twitter and this blog. 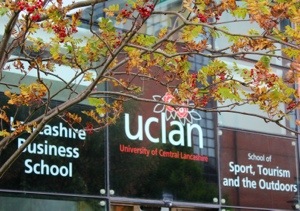 When I first looked into becoming a journalist, I was told that it would be a good idea to have an online presence, which is why I started blogging. This will still be my personal blog, written in an narrative style rather than using journalistic convention. It’s a way to record my thoughts and maybe even write something that you’ll find interesting. Not much will change here; I aim to update it at least once a month by publishing a new post.

Then there’s my journalism blog, about the ‘beat’ that I’ve been assigned on science and technology. Rather than personal thoughts, I post there weekly about that area of news. I’m now also one of the contributors on the UK Journalism Review website,  where I comment on industry specific news.  There’s exciting times ahead, all of which involve lots of writing – especially blogging. The letters are already starting to wear off my keyboard. I will judge how successful this year has been by how visible they are at the end!