The night I became a Radio Head… 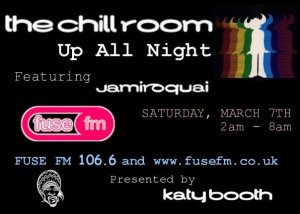 Quite fitting really as Jamiroquai had been one of my favourite bands for a while. I have collected a lot of their memorabilla over the years. (Surely every fan must have a  Jami’ hat? Maybe that’s just me then…) Throughout all the bands’ various line-ups I have loved their funky acid-jazz vibes. This is not a totally fresh sound though, you just have to listen to Dexter Wensell or Skyy to hear where lead-singer Jay Kay has got his inspiration from, but it does make Jamiroquai veer outside of the mainstream. As a result, they don’t get as much radio airplay as they probably deserve. This is one of the reasons why I like to include their music in my radio shows.

I had been involved with the University of Manchester’s student radio station Fuse FM for about a year before that fateful night when the bug bit. Initially as part of the marketing and production teams before having my arm twisted (literally, if I remember rightly??) to get involved with on-air presentation. It was a big step for me; up until that point I had always been the shy type that liked music that no one seemed to know about. I wasn’t enjoying the banal nature my course at university and needed a creative outlet. The only problem being that I was so nervous; even during training while the station was off-air I couldn’t speak into the microphone was the red ‘mic live’ light lit up. I know you wont believe me if you listen to me now but, honestly, I would open my mouth and no sounds would come out! This did not bode well for live shows at all but the Fuse FM committee assured me I’d be fine. They were right and, show by show, I gained in confidence and being involved in radio was exactly what I needed to bring me out of my shell.

During the first broadcast period of our RSL I probably spent most time on the floor re-booting computers and plugging cables into sockets than I did on the micn but because my confidence had increased during my time with Fuse I was ready for new a challenge. This came in the form of an opportunity to present an overnight broadcast for from 2am to 8am before the station went off-air for that year. Up to that point the most radio I had done had been in 2 hour slots. Would I be able to find enough content to fill 6 hours straight? Then it occurred to me that Jamiroquai had, at that time, released 6 studio albums. All under an hour in length which meant that I could play one album per hour leaving enough time to do some speech links in between the songs – bingo! It would be a marathon Jamiroquai broadcast, the first of it’s kind and something that has never been done since.

“Just don’t expect anyone to listen” said my station manager. Fuse would promote this insomniac show the best they could but, with the FM transmitter only reaching to the outskirts of the university campus, it seemed realistic to expect the only people listening would be drunken students coming back from a wild night out. We did have an online stream of the station output so I had nothing to loose in contacting Jamiroquai fansites and forums to let them know what was happening; maybe someone would listen off the back of that? How wrong I was…

What followed that night was an amazing experience,  during the show I received what seemed like a never ending stream of messages from all corners of the earth, from places like Argentina, Canada and Venezuela to name a few. I can even remember one particular message saying something like: “Hi Katy, just listening to your show on the beach here in Australia  while we enjoy a barbie!” Wow, almost as hot as I was in our tiny little studio / sauna that was situated next to the Students’ Union’s broken boiler… radio isn’t as glamorous as you might think!

I thought all this contact must have been a wind-up, Fuse FM committees are notorious for those. (Just search on YouTube for some pranks we did during my year on the committee for proof of that!) This definitely wasn’t a prank though and for the first time I was now not just broadcasting to my friends or course mates, I was connecting with people who I didn’t know and they were interacting with me.  I still keep in touch with some of the people that listened that night and they continue to support my radio work now. I had experienced the intimate beauty of what radio as a medium is all about, albeit on an extremely grand scale in student radio terms.

To this day my body clock hasn’t quite recovered, I’m still a creature of the night. I always jump at the chance to be involved in overnight programmes and continued to present and produce them for every Fuse FM broadcast until I left the station. I’ve also taken part in overnight election broadcasts for the station that I’m with now: North Manchester FM. I’ve never gone quite as global as I did the night of that Jamiroquai all-nighter, but that doesn’t matter. With radio being such a personal method of communication even if just one person listens and enjoys the show, that makes it all worthwhile.

Hopefully that gives you some idea of why radio is so important to me. It all came full circle this year in April when I was able to experience my first time seeing Jamiroquai perform live. This was a great spectacle and brought back lovely memories of the night when I got bitten by the radio bug – long may it continue! For that reason, Jamiroquai as a band will always have a special place in my heart and I love playing their music on my shows, the sentimental radio anorak that I am! 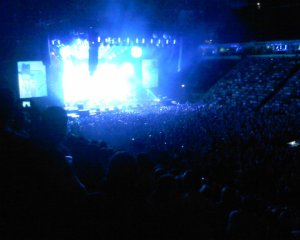